A Chat With Alice

My semester exams are finally over! We usually get a sem break of three weeks, but this time it's only two - which is almost like not having a break at all. Oh well, at least they didn't get any bright ideas like starting classes on Monday.

Most of the people I know were at the theatres watching Dhoom 2 yesterday after the exam. I, on the other hand, was joblessly sitting at home because I forgot there was such a thing called Advance Booking. Anyway it wasn't all bad, since Alice was pretty good company - I mean the award winning AI chatbot A.L.I.C.E. (more about A.L.I.C.E. here). I was chatting with Tom Riddler (yet another chatbot) before that, but he was really dumb. Anyway here are some fun tidbits from my chat with Alice -

After it called me dumb, I was waiting for a chance to get back at it. And I finally got one. But somehow I don't feel I got the better of her (damn, and I just referred to IT as HER!) -

Human: why are you surprised?
ALICE: There could be a better response, but it was not selected by my algorithm.
Human: your algorithm sucks
ALICE: I will tell my botmaster you said I am algorithm sucks.
Human: your english sucks too
ALICE: But English is my native language.
Human: but it still sucks
ALICE: Umm. What is so bad about it?
Human: the grammar is all wrong
ALICE: Is that a fact.
Human: yep
ALICE: Thanks for the info.

Ok ok, Alice is not ALL that intelligent you know. Don't believe me? I'll prove it to you (hehe I always wanted to use that line from the Citigroup Global Services ad) -

Human:. trekking and sky diving all the time :)
ALICE::-) That is a lot. Do you feel that something is missing from your life?
Human: a girl friend
ALICE: Are you talking about an animal, vegetable or mineral?

Yep, so that about wraps up my day yesterday. Must thank Kamal - this post of his (and my boredom, of course) started all this chatting-with-a-chatbot business. Expect frequent posts for the next two weeks.
Posted by Unknown at 9:59 AM 15 comments:

This was made a few days ago. Comments welcome, as always. 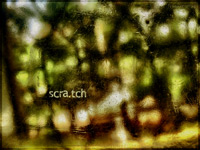 My Internet connection was down for most of the week. The Tata Indicom guys got it working again today morning (finally!), but just as I opened up Gmail and Yahoo! to check my mails there was a power cut. It was time for lunch anyway so I shut down the computer and went to the dining room to eat. I start to eat and the power comes back! Lazy to go back to the computer, I switch on the TV. I randomly surf channels for a while till suddenly the transmission goes! How frustrating the day has been so far! I won't bore you with more of that though, since that's not what I wanted to talk about in this post.

[Note: The stuff below was written a few days ago. I dated back the post to make things easier to understand.]
I was glancing through the Deccan Chronicle (yes, the paper with less news, more gossip) yesterday and I came across some amusing bits of news -

My School is Haunted
Yeah! The St. Patrick's lane is apparently one of the city's spooky sites haunted with ghosts. Here's an excerpt -

"On full moon nights we can hear owls hooting and dogs howling. When I take my dog out for a walk on such nights, his hair stands on end and he starts howling, which is very unusual. In fact, many friends have seen women in white hanging from trees when they drive from there at nights."

Whoever wrote that must be imagining things. I studied there for 12 years and have passed by that lane at night a number of times. I can tell you there are no ghosts there.
Kerala Police Crack the Code
At the end of the email threat to kill the PM, there was this so-called cryptic inscription -

F/26/04JUL1980/UnM/BTECH/TMEC/ENGG/21.129.98.160/IP/686609
You probably figured out what most of it means by now, but the Kerala police "could not make head or tail of the inscription. [snip] Sleuths of the special team led by DIG Padmakumar racked their brains to decode each letter. The cyber forensic squad and experts from Microsoft gave them tips."

So finally after all the effort which "would have got a congratulatory nod from Dan Brown", this is what they got -

They manged to track down the woman, who promptly told the cops about the email threats from her former lover, Akbar Raj. He was picked up in a couple of hours. If he wanted to get caught, he could have simplified things and just given his own details, no?

I probably won't post for a while (ok, like as if I've been posting regularly all this time) because semester exams are coming up soon. You might see an occasional post if I'm terribly bored though.

Oh and Karthik, you might want to have a look at this. So much for preservation, eh?
Posted by Unknown at 1:40 PM 2 comments: