I happened to log in to Statcounter.com yesterday and I was pleasantly surprised (ok, shocked!) to see the Weekly Stats. This is what it looks like — 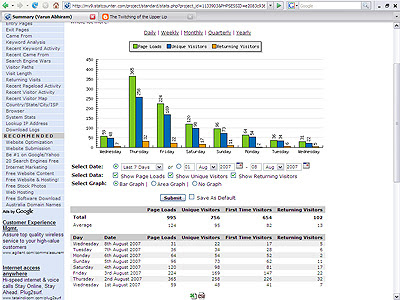 Look at the graph on Thursday, the day I released The Outer Darkness. I don't think I've ever got that many hits in a day before! I guess I should release Doom levels more often.
Posted by Unknown at 8:34 AM 6 comments:

Now here's something you haven't seen in centuries. A Doom update! And an important one at that — it's a new map release!!

This level was originally made for a project called The Ninth Gate that I was working on with Pablo Dictter, Tobias Münch, Damian Lee and Karthik. The idea was to make a set of levels inspired by Episode 4 of The Ultimate Doom — basically maps with lots of wood/marble in them. We never got around to finishing it though (blame real life and laziness), so we have now decided to release the finished levels individually.

Most of this level was made during 2001-03 with DoomCAD (yes!), so the architecture is pretty simple, though detailed. The exit area was made with Doom Builder. No new graphics, except a titlepic. The level music is from Duke Nukem 3D, the other tracks were composed by Damian Lee (originally for The Ninth Gate). It plays on E4M1, and you need a limit-removing port like ZDoom to play it. Oh and since most of you, dear readers, are non-Doomers and will probably never play this, I'm going to be a little generous with the screenshots so that you can at least see what it looks like — 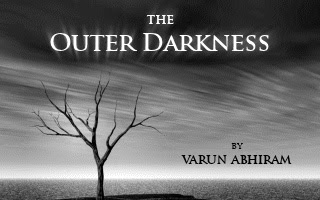 Download (380 KB)
If you're having problems with the above link, try here. 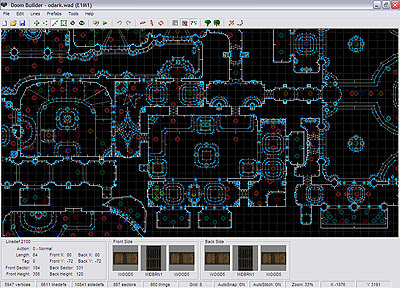 Credits
Related Links
Posted by Unknown at 1:23 AM 12 comments: